Home / Blog / Clean up Australia Day, and the effect of plastic pollution

Clean up Australia Day, and the effect of plastic pollution 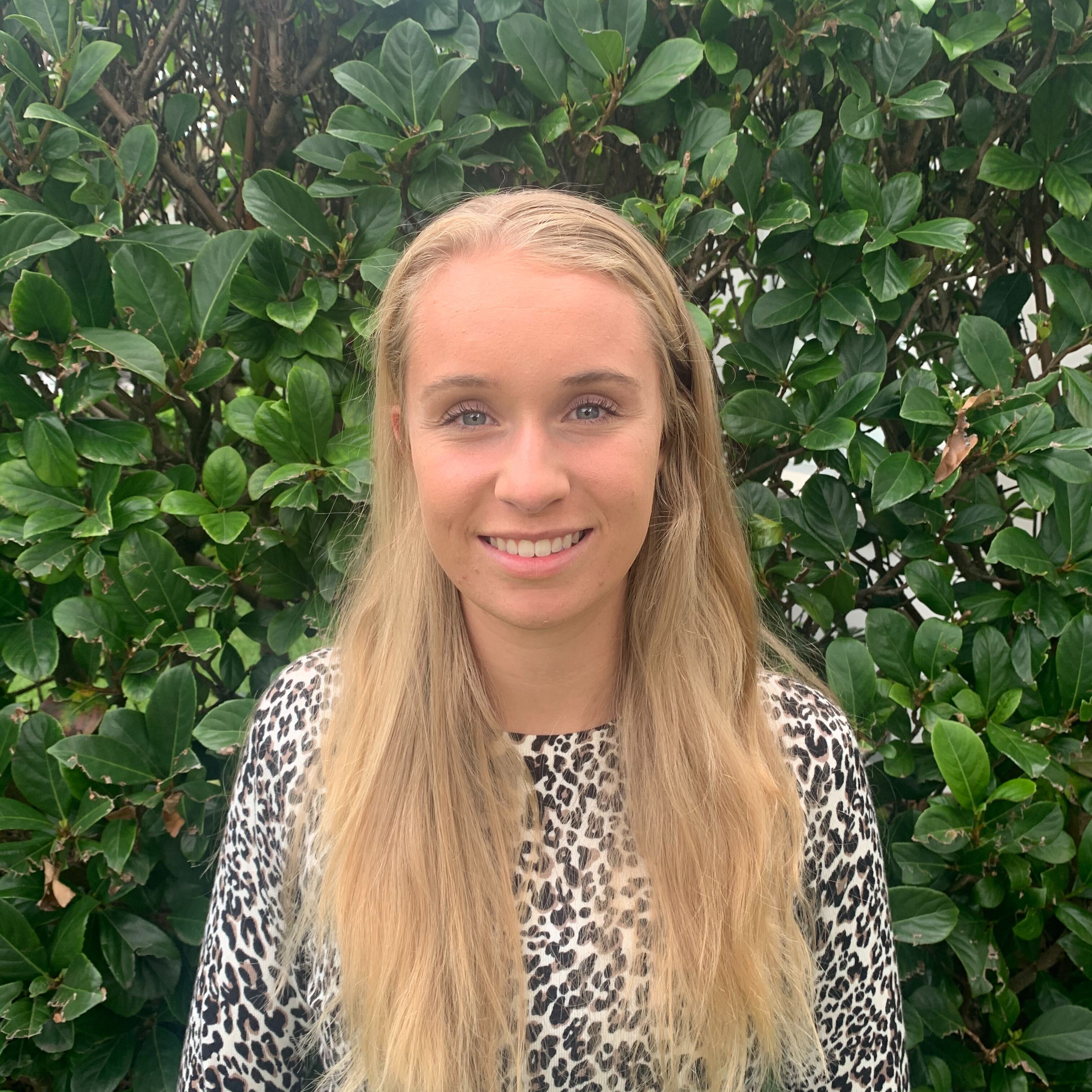 Recently the Pathzero team left their desks to head over to a local reserve, and par-take in the annual Clean Up Australia Day. Clean up Australia day is a charity organised event that has one goal in mind; “to inspire and empower communities to clean up, fix up and conserve our environment". Although the Pathzero team doesn’t specialise in collecting and removing rubbish, we understand the need to help out our planet in any way that we can. Cleaning up a local area and participating in such an important event felt like a great way to do this.

The Pathzero team elected to clean Salt Pan Creek, a catchment area of the Georges River in the City of Canterbury Bankstown. When undergoing the clean up it was made salient that most of the rubbish had been collected in a large area of mangroves which backed on to the Georges River. We discovered numerous objects, including tires, shoes, hats and spray can, all of which had been previously disposed by careless individuals and therefore washed downstream. 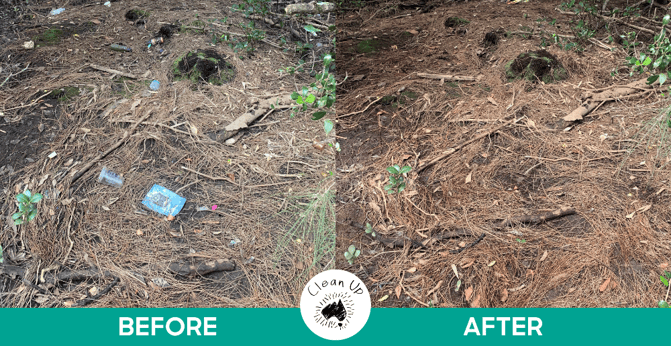 Whilst our actions on the 5th of March prevented numerous pieces of plastic from entering the Georges River, and in turn the ocean, it’s impossible to note the amount of rubbish which had previously found its way into the river. This, as many would know, contributes to the accumulating amount of plastic pollution in our waterways. As National Geographic quite blatantly states, 'the conveniences that plastic offers has led to a throw-away culture; single-use plastics accounts for 40% of the plastic produced each year'. With most plastic products having a limited life-span, averaging around just a few minutes to hours, it is no wonder that we have a plastic crisis on our hands.

Shockingly it was noted by the US National Oceanic and Atmospheric Administration (NOAA), that it can take up to 450 years for a single piece of plastic to break down in the ocean. With at least 8 million tonnes of plastic ending up in the ocean yearly, and over 150 million tonnes of plastic in total floating in our ocean (Credit: Ocean Conservancy), the collective amount of years it would take to break down all this plastic is too large to fathom. 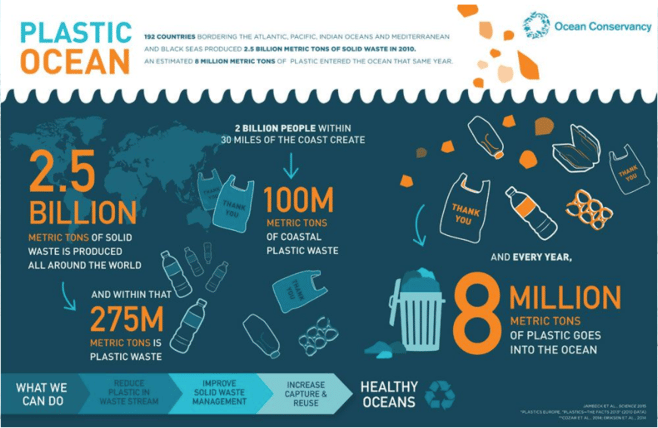 Carbon emissions and the ocean

A carbon sink is anything that absorbs and retains CO2 from the atmosphere. The most common carbon sinks include plants, the ocean, and soil. Carbon sinks work to reduce the concentration of CO2 that is present within the atmosphere through absorption, making them an integral part of the race towards net zero emissions.

Oceans provide the largest natural carbon sink for greenhouse gases, estimated to have absorbed around 30-50% of the carbon released into the atmosphere since the beginning of the industrial era. As the amount of plastic entering our water ways increases yearly, the ocean's ability to absorb this carbon becomes more and more plagued.

Small particles of plastic, known as micro-plastics, which are broken down by direct sunlight, end up being digested by, or suffocate, marine life. This presents as a dangerous force, not only killing and harming larger marine animals, but also threatening the life of plankton. Plankton and other macroalgaes remove large amounts of CO2 from the atmosphere through sequestration.  However, when micro-plastics enter waterways and endanger the life of these organisms, the carbon is released back into the waters and therefore the atmosphere again.

The disturbances that plastic creates brings forth a multitude of often, unthought of, and unspoken harm to the both ocean and to the planet. Some of these include:

The ripple effect of taking action

Like any movement or push for a greater cause, taking action has an immediate effect. However, it's the ripple effect that follow afterwards that draws the largest impact. By participating in Clean Up Australia Day the Pathzero team both removed mass amounts of rubbish that had pilled up in Salt Pan Creek, and set an example for other businesses to also take action. However, the impact doesn't end here. Taking part in a clean up event works to empower broader societal change, spreading a message of the importance of taking action and removing the damage we have caused.

The on-going impact of participating in this event also parallels with that of becoming carbon neutral. By taking actionable steps to reduce your own emissions, your organisation can reduce its carbon impact and influence organisations around you to do the same. The global climate crisis at hand is not something that can be tackled single handedly, it must be a collective movement that involves all. The fastest and most effective way to achieve this is to take action and forge the path for others to follow, which ultimately leads to further, continued action.

Clean up Australia day limited is a not-for-profit Australian environmental conservation organisation and registered charity with the ACNC. Clean up Australia Day is held on the first weekend of March annually, with different days appointed to the community, business, school and council groups. If you would like to learn more about Clean Up Australia Day, click here.

Inspired to take action and make a difference?

If you would like to learn more about carbon neutrality and how Pathzero can help your organisation achieve it, use this link to schedule a call with one our our Climate Active Certified consultants.

Our internet usage and the environmental impact we don't think about

Do you ever wonder what the impact of using your mobile phone, streaming services, or internet browsing has on the environment? Each day, we upload and transfer more data to the cloud; 90% of data...

Why it's worth paying for verified carbon offsets

When outsourcing any tasks or services, paying to ensure high quality and insurance of action is critical, and therefore worth the extra expense. If your organisation is looking to purchase and...