Home / Blog / How can architecture firms reduce their carbon emissions?

How can architecture firms reduce their carbon emissions? 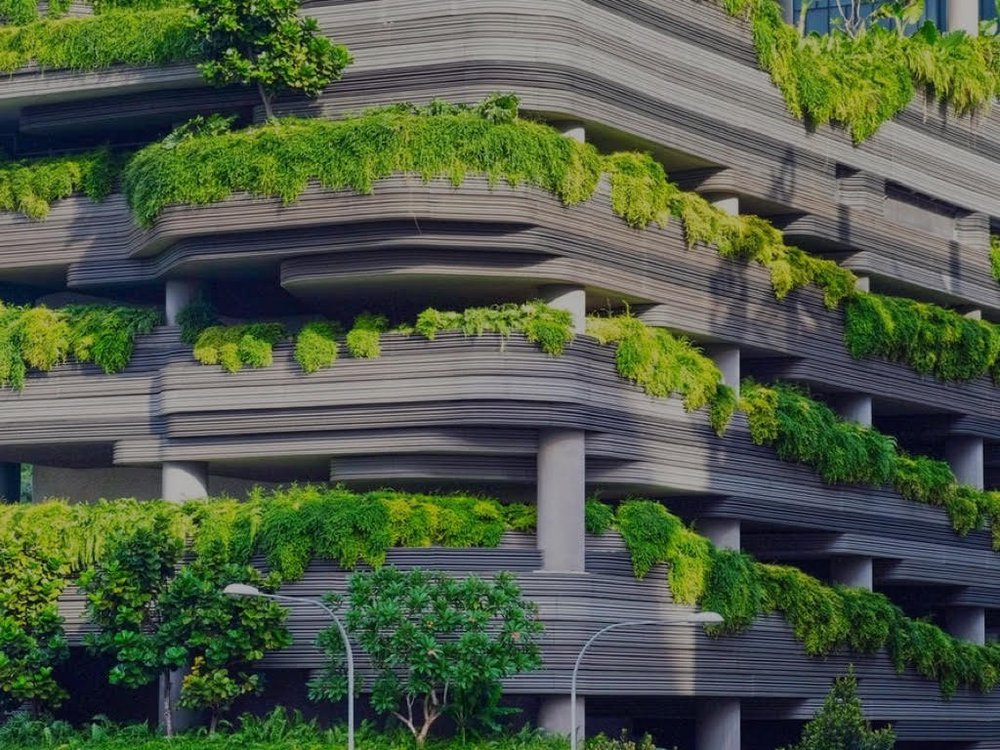 As international leaders and governments continue to delay meaningful climate action, architects all over the world are banding together to lead the charge to carbon neutrality. Here are some suggestions on how architects can reduce their carbon emissions.

The climate crisis is here. Architects can reduce their carbon emissions and play a big role in the solution

Currently, buildings and construction around the world result in approximately 40% of carbon emissions.

As international leaders and governments continue to delay meaningful climate action, architects all over the world are banding together to lead the charge to carbon neutrality.

Climate change is the defining issue of our time. Each consecutive year of record temperatures, bushfires, drought, flash floods, and rising sea levels sharpens the public’s sense of urgency to tackle the climate crisis.

As health and environmental concerns continue to materialise around the globe, companies of all sizes are taking a stance.

The science is clear – we need to act now

In October 2018, a landmark report (issued by the International Panel on Climate Change (IPCC)) found that limiting global warming to 1.5°C (considering we are already at 1.1°C warming) would require rapid transitions in land, energy, industry, buildings, transport, and cities.

The IPCC has sent a clear message: we have less than a decade to reduce emissions by half before the planet locks into conditions too hot for many species, including us.

Nearly every country in the world has signed the Paris Agreement which sets out a global framework to avoid climate change by limiting global warming to well below a potentially destructive 2°C (and pursue less than 1.5°C warming).

Unfortunately, though, most countries (and companies) are not making anywhere near enough progress to meet internationally agreed targets of net zero by 2050.

What can architects do to lead the charge to net zero emissions?

Although architects have contributed to the problem, they can now play a big role in reaching the solution.

Most architecture firms are now aware that it is only through collective action that change can occur at the speed required to curb the climate crisis.

As a consequence, architects are fighting climate change by reducing their company emissions and reducing emissions through their projects.

Architects know that to credibly support the design of low carbon buildings, they need to first get their own backyard in order. It’s hard to encourage clients to build carbon neutral projects without first demonstrating to stakeholders that you are serious about carbon yourself.

That’s why architects around Australia are going carbon neutral today - to ensure they are practice what they preach.

In Australia, 970 architects have committed to going carbon neutral by the end of 2020.

This commitment comes under the declaration of a climate and biodiversity emergency by Australian Architects, which branched from the original UK-based ‘Architects Declare’ movement, which continues to gain traction worldwide.

What have Australian architecture firms committed to?

Architecture practices under the Declare movement have committed to becoming carbon neutral in a three-step process:

But there is a slight issue… to go carbon neutral you need to measure your company emissions. For many architecture firms - especially small ones - measuring firm emissions can be a difficult task. The cost and time it takes to compile the required information mean that even the most well-intentioned firms are turned away from going carbon neutral.

To combat this issue, at Pathzero we've made it our mission to measure emissions for architecture firms quickly and affordably.

By creating industry benchmarks and using smart algorithms that account for a company’s unique footprint based on dollar spend, Pathzero allows architecture firms of all sizes to measure their carbon footprint and achieve carbon neutrality in minutes.

Additionally, by achieving net zero emissions now, architects will encourage others to do the same and spur the decarbonisation of our economy.

As well as getting their own emissions in order, architects are feeling the pinch from industry groups, cities, and regulatory bodies to drive change by designing sustainable and carbon neutral projects.

Architects feel responsible for what’s put into the built environment and are driving climate action through a number of initiatives including:

Which set targets that by 2030, all new buildings, infrastructure and renovations will have at least 40% less embodied carbon (while being net zero operational carbon).

Architecture 2030 (a non-profit organisation) initiated the 2030 Challenge which led to the zero emissions movement in the global building sector.

Architecture 2030 has since been adopted by architectural design firms, states, cities, countries, the American Institute of Architects, International Union of Architects, US Conference of Mayors, and the China Accord.

The 2030 Challenge sets out the emission reduction standard for all new buildings and major renovations, including being 100% carbon neutral by 2030 (using no fossil fuel emitting energy to operate).

Internationally, the American Institute of Architecture, the Royal Institute of British Architects (RIBA) and the British Columbian Energy Step Code and others have set 2030 targets for building performance.

In Australia, the Australian Institute of Architects (the Institute) has not yet supported the 2030 Challenge. However, the Institute encourages the architectural profession to take immediate action on climate change, stating that “architects can, and must, play a fundamental role in achieving a sustainable future.”

The Institute is also bringing together a national Climate Action and Sustainability Taskforce to develop and recommend a range of policies and programs to address climate change in Australia.

The Carbon Neutral Cities Alliance is a collaboration of leading global cities including Melbourne, Sydney, and Adelaide, working to cut emissions by 80-100% by 2050 or sooner. The C40 Cities Group has also set 2030 reduction targets.

Unsurprisingly, the demand for sustainable architecture continues to be driven by international regulation and developments.

For example, in the EU, a major development to affect the building sector is the EU Taxonomy for Sustainable Finance. The Taxonomy sets emissions and environmental thresholds for a large number of economic activities, including with regards to building construction, renovation, and acquisitions. The Taxonomy will determine whether a building can be classified as ‘green’, thereby redirecting capital flows to sustainable investments.

In the U.S, presidential candidate Sen. Elizabeth Warren said on 7 January 2020 that her administration would mandate that any new buildings built from 2028 onwards must be carbon neutral.

The race is on as architecture firms aim to get a leg-up on competition by pre-empting regulatory reform that may affect the value and design of the built environment, ‘green’ designs continue to draw attention and recognition.   For example, Zaha Hadid Architects have designed a wooden football stadium in England, which when built will be the world’s greenest football stadium constructed entirely from sustainable timber and powered by sustainable energy sources.

The path to net zero

Architects have all the information, resources, and support to drastically reduce carbon emissions and curb the climate crisis.

Carbon neutrality can be achieved simply and quickly by:

You can’t manage what you can’t measure.

If you’re curious about your company's carbon footprint, you can take a minute to answer 2 questions and we'll give you a quick estimate of your greenhouse gas emissions.

The average architecture firm with 10 employees emits across 17 business-related areas, with the major contributors being purchased electricity, business flights and staff commuting.

There is a range of steps that can be taken to reduce emissions including purchasing accredited renewable energy (e.g Green Power), reducing travel or improving energy efficiency.

Pathzero has partnered with South Pole to bring you a selection of verified carbon offset projects.
We hand-picked these projects because we believe they provide tangible evidence of the removal or displacement of carbon from the air. Read about our projects with an impact.

The architectural profession has recognised that we are facing a real crisis, not just something that requires gradual change. As key players in the development of the built environment, leading by example is paramount.

Pathzero can help architecture firms go carbon neutral in less than 5 minutes. Pathzero helps you to quickly understand your companies’ carbon footprint, set a path to carbon neutrality, and share your climate commitment with confidence.

How can I get a carbon neutral certificate?