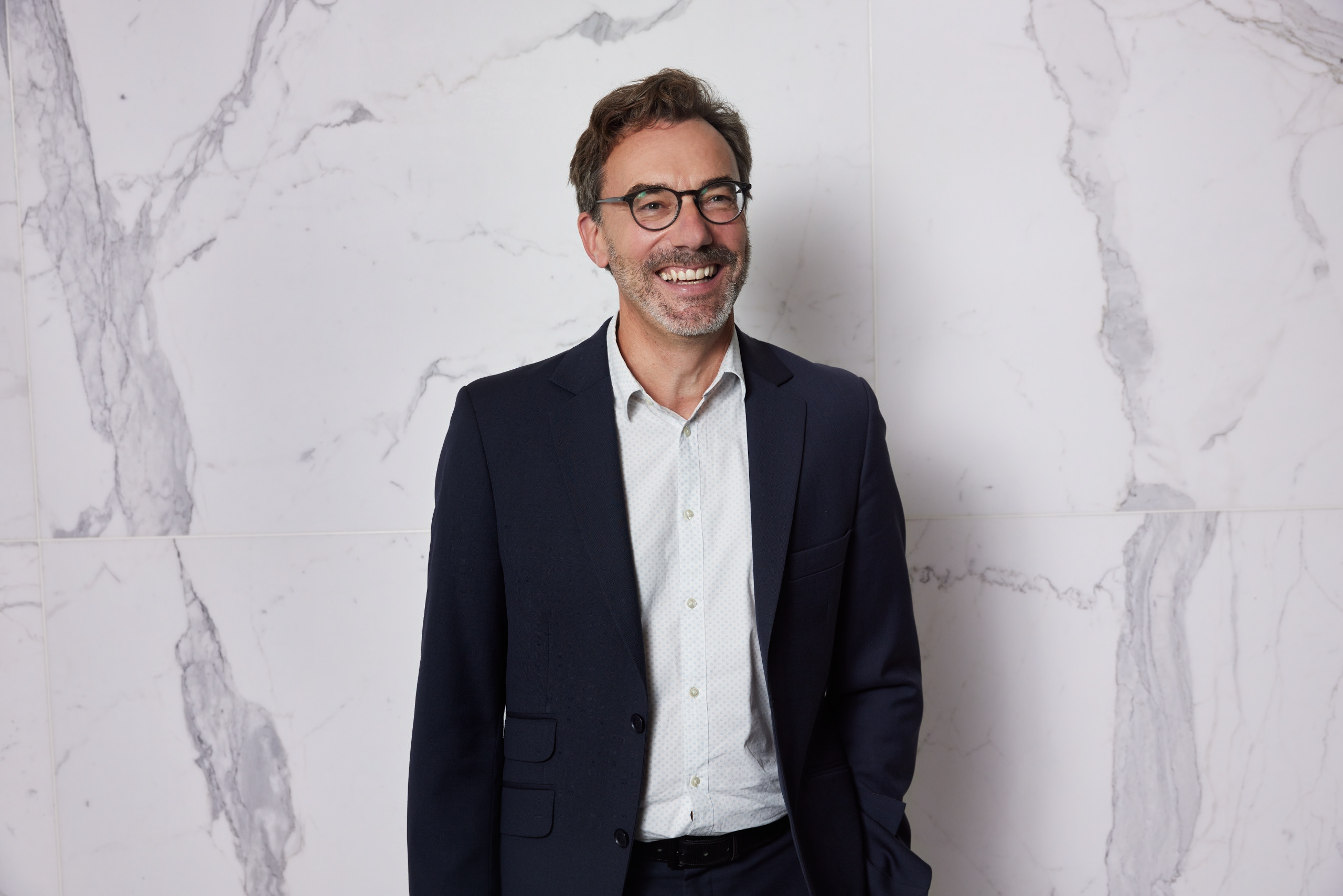 We caught up with Pathzero’s new Chief Sustainability Officer Christophe Brulliard to trace his career journey, and how the global sustainability sector has evolved over the last three decades.

Early in his career Christophe worked in capital market operations, managing risk exposure for a large French bank in a world that was heading towards the global financial crisis.

Christophe was in the finance sector’s engine room, where a ten million Euros transaction is considered quite small. During this time, Christophe realised that this career didn't hold the meaning he had hoped for. So, after ten years in the sector, he set out in search of something new.

“I fell into my first career; I was young, and anxious to get a good first job but my heart has always been in sustainability,” says Christophe. “Following my heart was important for my second career.”

With his move to Australia, came the opportunity to break away and shape this new career. Initially toying with the idea of moving into biosciences, Christophe retrained with a Master of Environment at the University of Melbourne during Australia’s millennium droughts in the early 2000s.

At the time, a vast expanse of southern Australia was experiencing a prolonged period of dryness. In densely populated areas, the Murray-Darling Basin, and in cropping zones, conditions were especially severe.

“Everything was new and exciting. I started working with engineers, on real world issues, which I really liked.”

As a natural resource economist, Christophe analysed water, native vegetation, and other projects through a triple bottom line lens. In the 2000s, the sustainability field used this framework to balance social, economic, and environmental impacts – and carbon formed an important part of such analyses.

Christophe discovered that he loved this work and hasn’t looked back.

Following his heart once more, Christophe pivoted in 2012 from natural resource economics into sustainability. Since then, he has worked for Net Balance – a boutique sustainability consultancy that went on to be acquired by EY. He was then one of the first employees of Point Advisory, which was also recently acquired and is now an ERM group company.

With Point Advisory, Christophe developed and led consulting activities relating to climate change. In this role, he became one of the first consultants with specialist expertise in the Task Force on Climate-related Financial Disclosures, net-zero emissions planning, climate change adaptation planning, and general carbon accounting.

Christophe points out that there were not only personal influences at play in his career trajectory. He was also working within wider spheres of influence that were forging and elevating sustainability’s place in the world.

One important example that Christophe highlights is the legally binding international treaty on climate change, known as the Paris Agreement. Adopted by 196 Parties at the United Nations Climate Change Conference (COP21) in Paris in late 2015, the agreement entered into force in late 2016. Its goal is to limit global warming to well below 2, preferably to 1.5 degrees Celsius, compared to pre-industrial levels.

“Now, we had strong participation from corporates. Those more forward-thinking commercially, and in terms of sustainability, rapidly committed to become Paris aligned.”

Following COP21 in Paris, corporates said: “We need to do this. We are actors. We need to act because governments cannot act on their own. It is failing to do enough and quickly enough – and has been failing since 1992.”

“That was the moment when things really started to change for corporates,” says Christophe.

“Instead of doing what they thought they could do or should do, they had a roadmap to do what they must do – work towards net zero. This is what we mean when we say, ‘Paris aligned’. That changed everything.”

Now, corporates could commit to a target representing their share of the decarbonisation effort – ideally with a date by which they would achieve net zero emissions. And they could leverage this commitment to take advantage of commercial opportunities.

“Until then, there was no way of knowing what represented a meaningful commitment, of knowing how much reduction was ‘enough’. But now, ‘enough’ is scientifically determined. When we say ‘science-based targets’, this is what we are talking about,” says Christophe.

This pushed the topic of climate change up to top management and board levels around the world, where it was now understood that companies needed to share what they are doing – and not doing, using common language and reference points.

What corporates could no longer say, was climate change does not exist. The Paris Agreement made the board and leadership level of companies very much aware that they needed to explore risks and opportunities they would be facing under different future climate scenarios, that it was their responsibility. Setting targets was not mandatory but not doing so was becoming highly visible.

“For the first time, as practitioners of sustainability and climate specialists, we had the attention of CEOs and CFOs. We were no longer in our sustainability bubble,” says Christophe.

With this experience, Christophe has a lot to contribute when speaking with CFOs and CEOs, if they are looking for support, to help them incorporate climate considerations and their business imperatives and become Paris aligned.

Christophe has found that speaking in terms of risk, and being aware and prepared for the future, can be more effective than focusing on being green, doing good, and thinking of your grandchildren.

“If the world is converging to net zero and you are not prepared for it, you are going to lose your business,” says Christophe.

“Your company is not sustainable financially in the long term if you do not have a strategy to deal with climate disruptions. And we see examples every five minutes. You need to consider this, and you need to be ready for the future. Investing now is much less expensive than investing later; it is a question of long-term risk and return calculations.”

Scaling up impact with technology

The startup ecosystem was a natural next step for Christophe, and he saw Pathzero’s work in the financial sector as a space to create a powerful impact, at scale.

“With Pathzero, I can remain close to the core of the topic that I am working to address – climate change. And we operate in a dynamic environment where I can really shape what is happening and be agile."

Christophe has seen new questions and needs emerging within the financial sector, that were not there even a few years ago. This has included uncertainty around how emission-intensive activities are funded, and the need for financing a net-zero economy transition.

“Pathzero is creating the infrastructure required to respond to these emerging needs in the finance sector – a carbon information network that works at scale.”

He sees Pathzero's carbon information network as an opportunity for the financial sector to operate a powerful shift across the whole of the economy. Now, financial institutions can collaborate with companies in their portfolio and lending books that are part of the transition. And they can put a risk premium on those that are yet to embark on the transition.

“Pathzero’s Navigator and Clarity products, and our specialist expertise, will be game-changing to accelerating the financial sector’s transition to net zero. I am excited to build the momentum of this transition with the Pathzero team.”